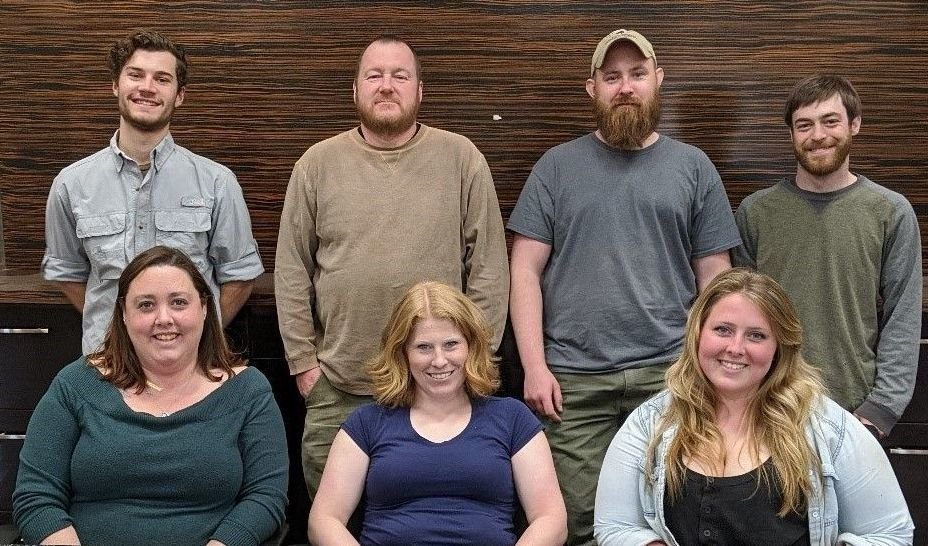 Finger Lakes Fish, located in Auburn, New York, raises Coho salmon under the LocalCoho brand name. It was founded in 2017 after several years of research by Ed Heslop, company president. Dedicated to sustainable production concepts, CEO Phil Gibson is a 30-year veteran of the seafood industry with extensive experience in marketing and brand development. The company hatched its first set of eggs in late 2018 and will reach full production capacity of 10,000 fish per month in early 2021.

TFF caught up with Phil to glean his vast knowledge as he oversees their first large scale production launch and talk more about LocalCoho and Finger Lake Fish’s cutting-edge industry practices.

Finger Lakes Fish [FLF]: [Laughs] Yeah, I lived in the Seattle area many years so I’m very familiar with the squeamishness around conventional farmed salmon. What we do though is different. It’s actually a proprietary hybrid model where we raise Coho salmon in a unique indoor freshwater Recirculating Aquaculture System (RAS) that utilizes something called Mixed Cell Raceway (MCR) technology.  This model saves over 30% on power consumption and has an overall smaller energy footprint than other RAS systems. Combining this with the eliminated risk of escapement from the RAS system, and best practices like no usage of antibiotics, vaccines, or pesticides, LocalCoho meets all the “Best Choice” criteria recommended by Monterey Bay Aquarium’s Seafood Watch.

The reason we chose Coho salmon (Oncorhynchus kisutch) is that we believe it’s a premium product over Atlantic salmon, which most other salmon farms produce. There were over 1.2 billion pounds of imported Atlantic salmon into the US in 2019. It is treated as a commodity item much like beef, pork, and poultry which means that price, not quality, is the primary determining market factor. Wild Coho salmon simply doesn’t provide enough supply for the demand. Wild harvests typically produce only 4 million 4-8 lb. fish during a short, 6 to 8 week season and it’s almost all sold fresh. Coho is farmed in Chile but 90%+ of that is shipped to Japan to serve their sashimi market. Our production method is more sustainable than conventional open net pen farms. By producing Coho for the US market, FLF can distinguish itself from the commodity salmon market with truly sustainable and superior product.

TFF: Tell us more about this MCR technology and any other notable leading practices you are proud of.

FLF: We went the MCR system route for the facility because it’s more energy efficient than other RAS systems. For starters, the water flow is partly gravity-fed rather than 100% pumped, which most RAS systems have. What makes the MCR system unique is how water treatment is managed. Each raceway is divided into circulation zones, each with its own central floor drain to capture feces and food waste using the Coriolis effect. Over 95% of the water is recycled. Fish waste currently goes to the local municipal treatment facility, but there are plans in place to divert it to a drying process and create a natural fertilizer byproduct.

We are also proud of our distribution model. Our facility is designed to service a very localized market, within a 300 mile radius, to consciously reduce the number of food miles associated with our Coho – something that distinguishes us again from imported farmed salmon. Our plan is to build several facilities with this production capacity across the US to provide consumers a sustainable salmon with fresh-to-market delivery faster and with less transportation energy use than any salmon producer in the US market.

TFF: How do you raise your fish?

FLF: Our production starts by buying from British Columbia non-GMO “eyed” or pre-fertilized female eggs from a certified organic and independent of wild and hatching them in our own nursery. The eggs are allowed to develop into approximately 50 gram baby fish, or “fry” then on to a juvenile smolt stage (~90 days later) where they are graded by size and transferred to a set of small indoor raceways. When they reach ~300 grams in size they are graded again and moved to the main raceways. Once there, they are graded periodically and the smaller ones moved to other raceways, so they aren’t outcompeted for food by bigger fish. We also maintain a lower stocking density than most RAS systems. Water quality is continually tested to ensure that the environment is healthy for the fish. Fresh water is used with only trace amounts of salt added to control nitrate loads. Oxygen is steadily injected into the water stream to maintain optimal levels. There is no antibiotic or vaccine use, and the facility is Best Aquaculture Practice (BAP) certified and Safe Quality Food (SQF) certified as well. It is the only RAS facility in the US to have these qualifications.

Prior to harvest, fish are moved into freshwater purge tanks for six days to eliminate any potential off-flavors and then humanely-euthanized with carbon dioxide. From hatch to harvest for a 6-8 lb. salmon is 16 to 18 months. Our annual production capacity of is still relatively small at ~400 metric tons of whole fish.

TFF: How do you think your practices compare to raising livestock in the current market?

FLF: The amount of resources needed to grow any land-based livestock regardless of the method is an order of magnitude higher than for most farmed seafood. On top of that, FLF’s practices to produce salmon are another order of magnitude more sustainable than farmed ocean-based net pen operations and uses less energy than other RAS systems.

TFF: Congrats on the recently appointed CEO position. How did you get to where you are today?

FLF: Thank you, I’ve been associated with seafood for most of my life. I lived in Alaska for nearly 20 years and grew up fishing and working around boats and fish plants. In 1991 I started at Safeway and got into the Seattle regional meat and seafood division.  I moved to the corporate headquarters in California and eventually became head of the seafood department in 2005. I became deeply involved with efforts to improve aquaculture best practices during that period. In 2013 I started consulting with industry and conservation groups to improve communications, move seafood sustainability initiatives forward, and improve marketing practices. In 2016 I was contacted by the founder of Finger Lakes Fish for my expertise in seafood marketing and in January 2020 I became the company’s CEO.

TFF: How has the aquaculture industry changed in the past 20 years to bring consumers better products?

FLF: The industry has definitely matured. There has been an understanding of how to overcome past mistakes which has cleaned up many of the unsustainable excesses of aquaculture production. Examples: Environmental damage has largely been mitigated, from tearing out mangrove forests for shrimp ponds to discharging untreated wastewater into local streams and rivers. Better understanding of the environmental impacts of ocean net pen sites has improved regulatory oversight. Use of antibiotics that can harm humans has been nearly eliminated. New non-chemical methods to stop pathogens from spreading are being developed. Adoption of certification standards that address both the environment and labor rights has become much more commonplace. Aquaculture production has grown exponentially, but alongside it so has the industry improved – slow at first, then rapidly ramping up as scientific advancements are more universally applied.

TFF: What do you think is the biggest pain point for consumers when taking a chance on eating farmed fish, and what do you think could be done to address those concerns?

FLF: Misinformation or out-of-date information has negatively colored consumers’ perception of farmed fish. Until that stops, the reputation of aquaculture will continue to suffer. As a consumer myself, my biggest pain point is what I consider adulteration of product, like excessive soaking in tri-polyphosphates or other preservatives to increase mass and falsely retain moisture. That creates an opportunity for poor eating experiences and turns consumers off to any seafood, farmed or wild. Definitely check the label when purchasing seafood. The only ingredient should be fish.

TFF: What is your favorite farmed fish dish and how do you like to cook it?

FLF: Silly question! LocalCoho salmon is my favorite! My favorite recipe is a Coho fillet sprinkled generously with salt, pepper, and garlic salt, grilled for seven minutes at ~375, then heavily basted with a mixture of dark brown sugar, soy sauce, and liquid smoke before grilling three minutes more. No longer, or you’ll risk getting a dry fillet.

TFF: From which producers would you gladly eat their farmed fish?

FLF: The white shrimp producers for Costco are good – that product is 100% chemical-free and Costco’s production requirements are stringent. Their suppliers will change from year to year, but their requirements are iron-clad. Regal Springs produces clean tilapia under Best Practices and provides many great benefits for its workforce. Hidden Fjord salmon from the Faroe Islands is an excellent producer, as is the group of producers marketed under the Seaborn label from Norway. Clear Springs Trout is a good operation. Cherrystone Aquafarms on the east coast raises excellent clams and oysters. Wiegardt Oysters and Taylor Farms on the west coast are also great.  Steelhead from Hudson Valley Farms in upstate New York produces a great product also. Ideal Farms in Connecticut produces RAS-raised branzino (Mediterranean sea bass) and sells it direct to consumers in whole, fillet, and smoked form.

TFF: Where would you point consumers for more information?

FLF: Barton Seaver is an award-winning chef and author and is a very strong advocate for aquaculture. He conducts a series of Zoom classes with budding chefs around the country to promote seafood through the Rouxbe Online Culinary School.

For those interested in learning RAS, I highly recommend the book Recirculating Aquaculture, 4th Edition by Timmons and Ebeling. Timmons was the dean of the aquaculture department at Cornell University until his recent retirement and is one of the foremost RAS authorities in the US. Cornell offers an online RAS course that uses the book.