Flash frozen is the new Fresh

What is flash freezing for seafood?

"The freshest seafood is that which has been frozen shortly after harvest and remains that way until cooked,” says Jane Brody, nutrition columnist for The New York Times. Many people avoid buying frozen fish, believing it’s not as high quality or less “fresh”. Yet freezer technology has come a long way since these beliefs became popular - in particular with “flash freezing”. Flash freezing is the on-the-spot freezing technique of reducing the temperature as quickly and purely as possible then vacuum sealing to keep the flesh in pristine condition until you’re ready to defrost. Due to this method, frozen fish is often better than fresh fish these days. 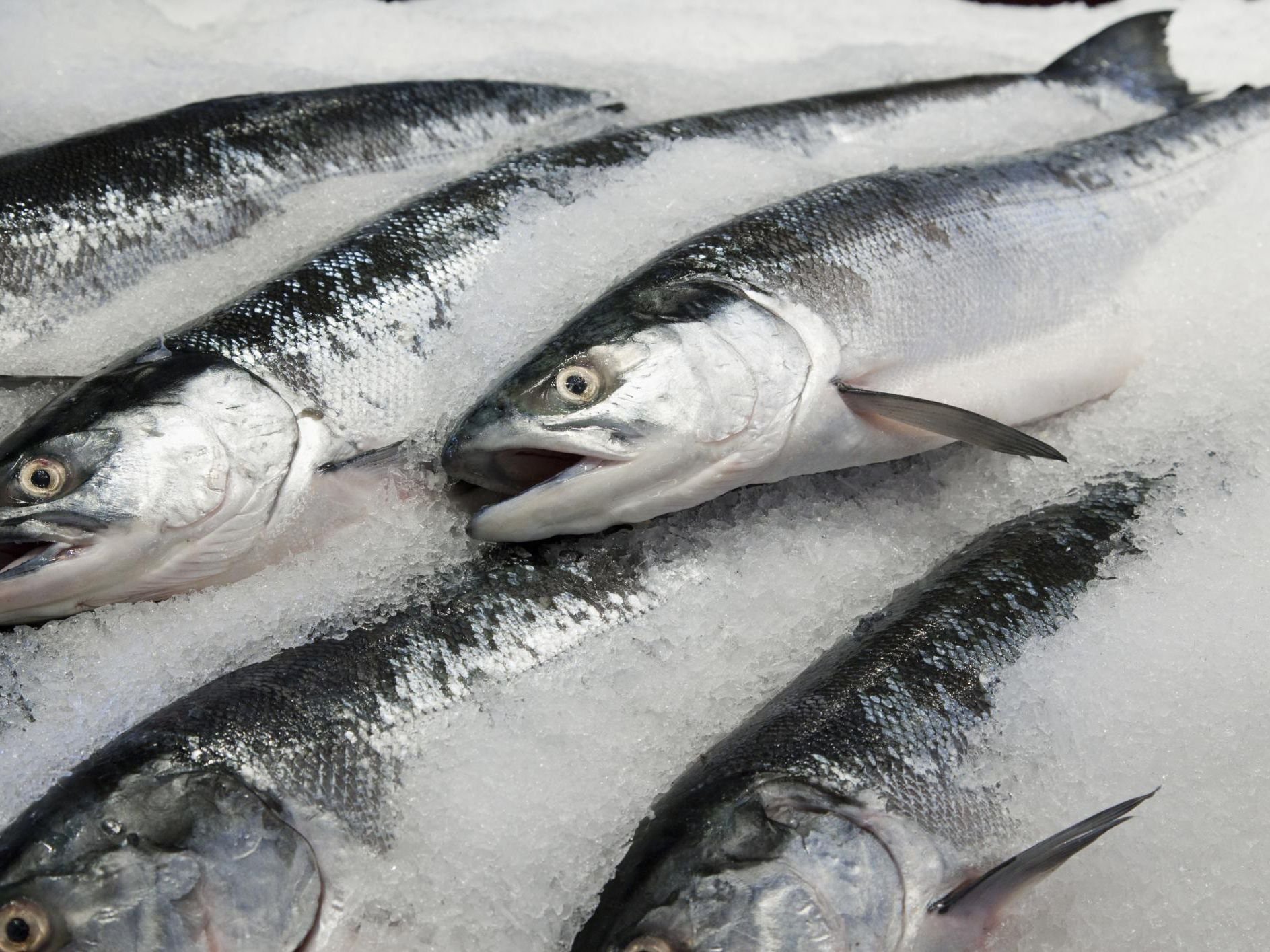 Though your fish might be labeled as “fresh”, the chance it was previously frozen and thawed (potentially multiple times) before you purchased it at the store are quite high. While your initial instinct might be to assume that fresh tastes better than frozen, we’ve got evidence to debunk that myth. Ecotrust teamed up with researchers at Oregon State University to conduct blind taste tests of salmon, black cod, albacore, and scallops to determine if people could tell the difference between high quality flash frozen and fresh fish. Turns out they could! In most cases, participants preferred flash frozen! Notes such as “good, clean, and almost buttery flavor” were used to describe the flash frozen scallops. Others described the flash frozen salmon as “tasting like it was recently caught fresh out of the ocean.” More than 50% of individuals said the flash frozen cod was “above average or excellent” and the fresh cod was “average or poor.” Further, the research team wanted hard numbers to back up these claims, and that’s exactly what they got. Scientists can measure the quality of fish by running an electrical current through the fillet, resulting in what is called the Certified Quality Number, or CQN. This works because as the flesh deteriorates, cell membranes in the fillets become leaky and conduct less electrical current. When comparing the CQNs in their study, researchers found the flash frozen cod measured at 80 with fresh only measuring at 15, while flash frozen salmon measured at 79 and only 20 for fresh. Also read about TFF Research Director Chris Anderson's blind taste tests of farmed vs wild! 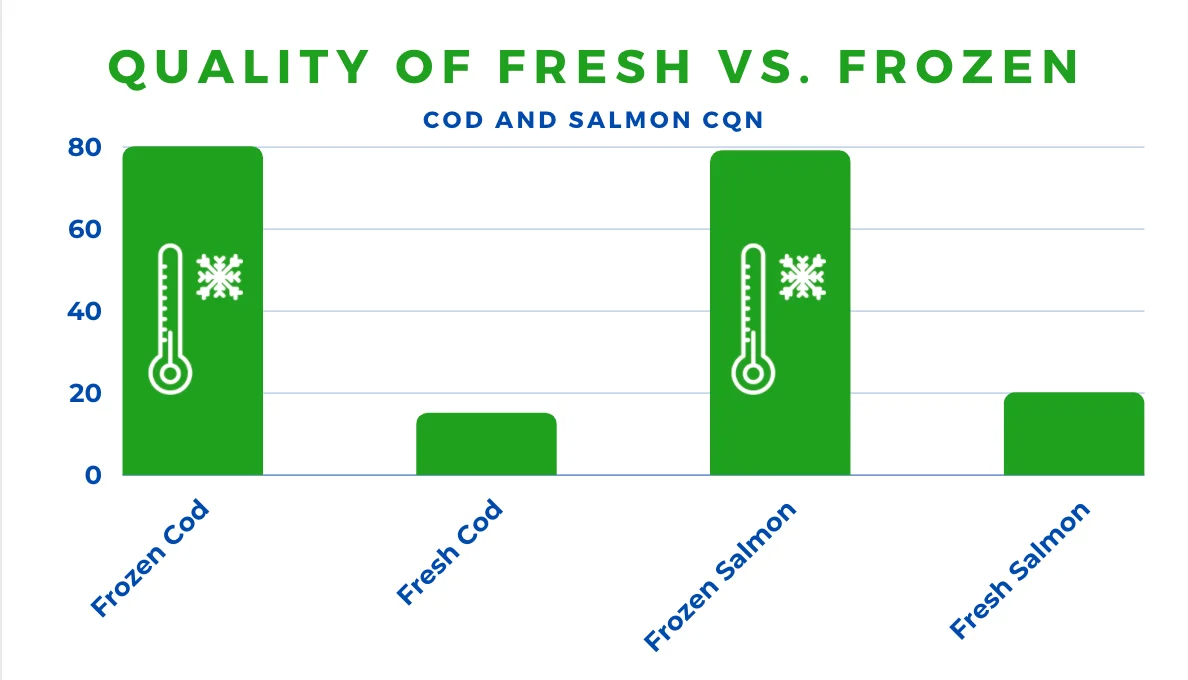 Consuming flash frozen seafood can help lower your carbon footprint while simultaneously reducing food waste. Fisheries and Food Systems Program Manager at Ecotrust, Tyson Rasor explains, "As fresh product has to be flown across the oceans, across the United States, across the county somewhere, it's putting out far more carbon emissions than a frozen product that can be shipped by rail or by a boat or another method like that. Seafood chef Barton Seaver agrees, “It is a major win for sustainability. It decreases waste and takes advantage of seasonal bounty to spread its availability throughout the year.” Purchasing flash frozen fish also cuts down on food waste. A shocking 33% of fresh fish at the seafood counter get disposed of after two days if not purchased. 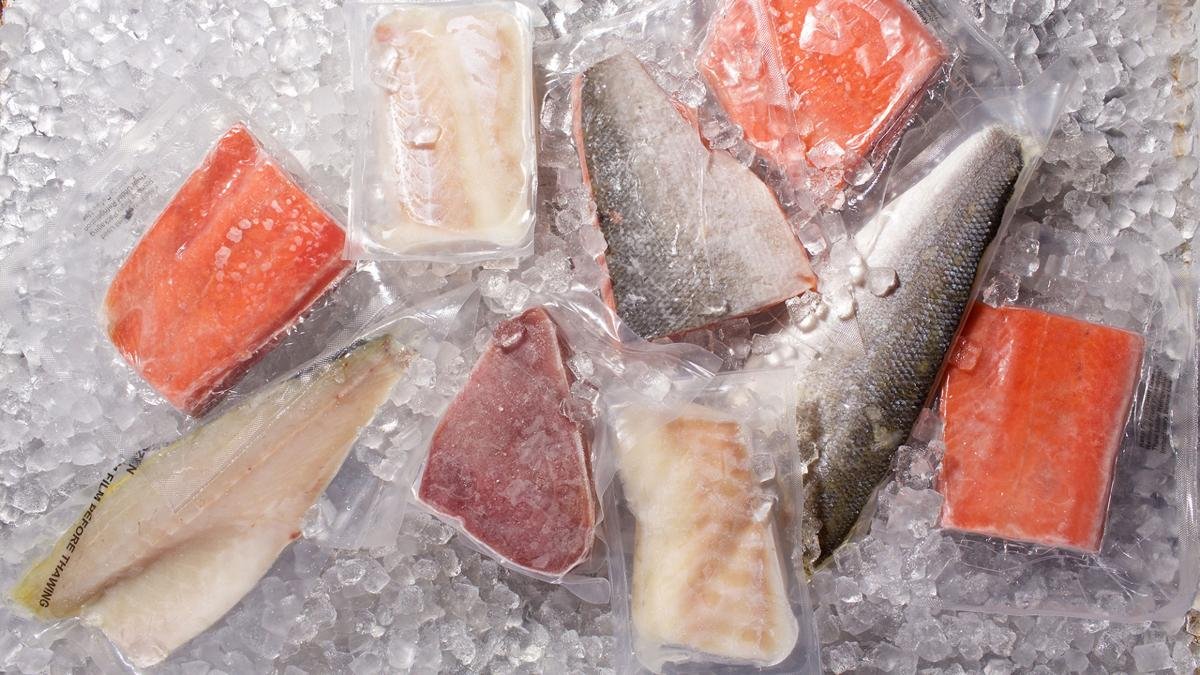 Flash-frozen is both cheaper AND safer than fresh fish!

Flash frozen seafood is as safe as you can get, from a food borne illness standpoint. The FDA actually requires raw fish served at sushi bars to be previously flash frozen, which ceases all bacteria growth and kills all parasites (and also reiterates the high quality that flash frozen seafood can be). It also makes your food cheaper by about 20%. Flash frozen seafood can lower the price of species that aren’t native to the region you are shopping in. Think about how expensive it would be to buy fresh Maine lobster all the way in Washington! 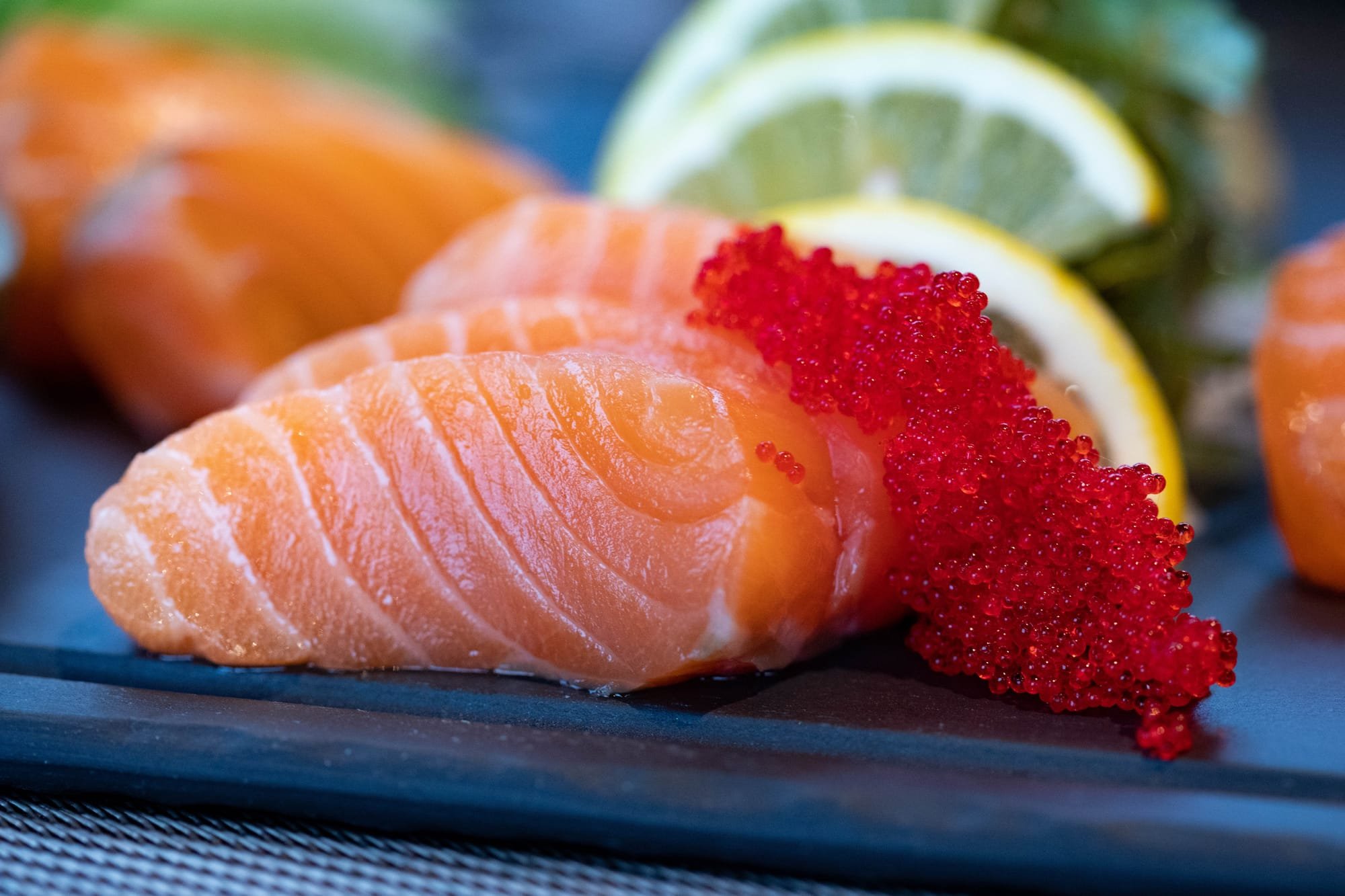