Fishing For Truths in the Depths of Misinformation 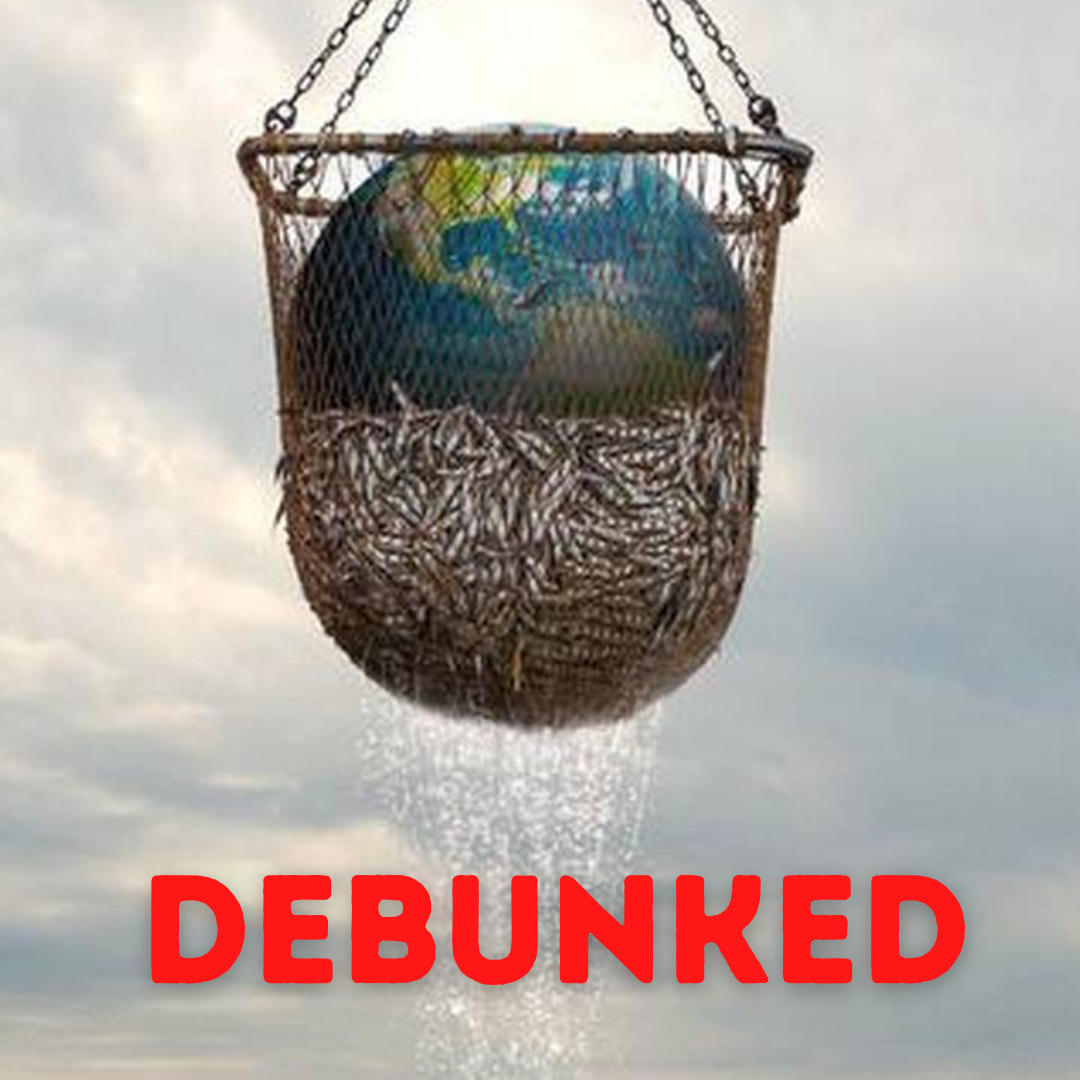 The new documentary Seaspiracy, released on Netflix early this spring had many of us in the seafood industry and marine science realm thrilled. This film was supposed to bring appreciation for our oceans and information about the harms damaging our beautiful marine ecosystems to the public eye. Unfortunately, with a platform to reach over 200 million people, this documentary failed to bring constructive attention to ocean issues. Instead it resorted to misrepresentation, misinterpretation, and used old and outdated research. The dangerous thing here is that the issues in the film aren’t fabricated – the problems brought up are very real.  It’s the way in which these issues are inaccurately framed that makes the film highly problematic.

After incompletely presenting the many inaccurate claims, the film then ends with one grand solution to this slurry of problems -  *Spoiler alert* If we all become vegan and stop using plastics, the ocean will rebound to pristine conditions. FALSE.

For such complex topics, the simple solution to stop eating animal protein is absolutely not the way forward. What the film makers should have done is highlight the issues our oceans face, present viewers with accurate and hopeful facts about sustainable fisheries, aquaculture, and cutting-edge research, and consider various alternatives that pave a way forward, such as government intervention and NGOs fighting for change.

Here we highlight the primary inaccuracies we saw in Seaspiracy, present you with the reality of the conditions of our oceans, and provide reassurance that we are working to protect the resources in our oceans, not just pillaging them at cost of animal and human life.

(1) Since this is Today’s Farmed Fish – let’s start with aquaculture and the large injustice the film did towards this sustainable food production system. Aquaculture was quickly glossed over, even though half of the world's seafood supply comes from aquaculture. With only a mere 5 minutes being spent on this topic, the producers came to the conclusion that farming fish is bad and the majority of it is net pen farming of unsustainable salmon. This contradicts his earlier opinions, as aquaculture is a viable solution to reducing pressure on wild fish stocks while supplying the world with healthy sustainable protein options. He doesn’t even get into shellfish or seaweed farming, which have essentially zero negative impact on our marine ecosystems, and in many cases can even have a positive impact!

(2) The largest overgeneralization and perhaps most inaccurate claim in this film is that sustainable fisheries don’t exist anywhere in the world. Just like any food production system, there are good actors and bad actors, and these systems (both terrestrial and aquatic) will have some sort of environmental impact. The most recent assessment by the United Nations Food and Agriculture Organization demonstrates that at least two-thirds of socks are harvested sustainably, and in the US with our strong regulatory framework and regional fisheries management councils, the percentage of sustainable fisheries is even greater. In reality, a well-managed fishery or a sustainable, responsible aquaculture system is going to be much more environmentally friendly than almost any other food production system.

(3) Film maker Ali Tabrizi makes a hugely and known to be erroneous claim early on in the film when quoting an outdated paper published in 2006 that “the ocean will be empty of fish by 2048.” Boris Worm, the original author of this 2006 paper even worked with other scientists to release a new report in 2009 retracting this claim and demonstrating the health of global fisheries was not on a downward spiral. This fact is flat out inaccurate and out of date and the ocean most definitely will not be empty in 25 years. You can read more about this here!

(4) Tabrizi also focused a lot of his efforts on ocean plastics. He claimed that 46% of the waste in the Great Pacific Garbage Patch was from fishing nets that fishermen had discarded at sea. In a 2018 report it was estimated that by mass, this 46% is true – but most other plastics sink. In reality, this same study found around 95% of the estimated plastic in the sea is from microplastics. Check out Net Your Problem for more information on recycling fishing gear and improving waste management! You can also explore these sites to find organizations dedicated to reducing ocean plastics and cleaning up our oceans.

(5) Quite worrying to the consumer was Tabrizi’s statements about food safety certifications and other certifications from NGOs being illegitimate and lacking any meaning. He made claims that the Earth Island Institute’s labels of “Dolphin Friendly” wasn’t true, after he took the words of Mark J Palmer out of context following their interview. After the release of Seaspiracy, Palmer told multiple news organizations he was misrepresented and wanted to convey that while nothing in life is guaranteed, the organization works tirelessly to reduce dolphins killed by vessel chasing and net entanglement. He also took swings at the Marine Stewardship Council (MSC) hinting the MSC certification doesn’t mean a whole lot because it’s too easy a process to obtain. With high public transparency and a third party auditor, this simply is not true – despite his claims, these labels are not meaningless.

Reality Check: This is a Complex Issue

Lastly, this film views the problem with our oceans through a westernized and privileged lens. With 3.3 billion people relying on seafood for protein in the world, eliminating fish from the human diet is not a reasonable proposition. Many people would be further impoverished and malnourished, and substituting seafood for plant-based alternatives isn’t feasible, as agriculture also has its own environmental impact and takes up land space which is scarce in island or coastal nations.

While Seaspiracy seems to do more harm than good, the overall concern about our oceans throughout the film is indeed valid, so what can we do about it? With climate change mostly due to anthropogenic impacts, it’s important to stay educated and informed about sustainable seafood choices and ways in which we can lower our carbon footprint.

So, what’s a consumer to do? Well, the broad scope and truth is that becoming vegan isn’t going to do a whole lot. Legislative change, more law enforcement, and political actions directed at governments are really what will drive change because they make the decisions that shape our oceans. While this seems like an overwhelming task, there are simpler actions we can take right now.

(1) Watching what type of fish, you eat, and where it comes from is huge. Check out these resources for how to do this. You could also eat farmed fish or go even lower on the food chain and try shellfish!

(2) Eat Local. It’s easy to look up where your fish is coming from if you’re eating both wild and farmed fish from where you live. Here's a list of some the most sustainable and trusted fish farms in the US.

(3) Stay engaged with sustainable seafood news from these trusted sources.

All About Fish Oil
Eat More Seafood: It's Safer Than You Think
What to Eat to Save the Planet: Three Tradeoffs to Consider