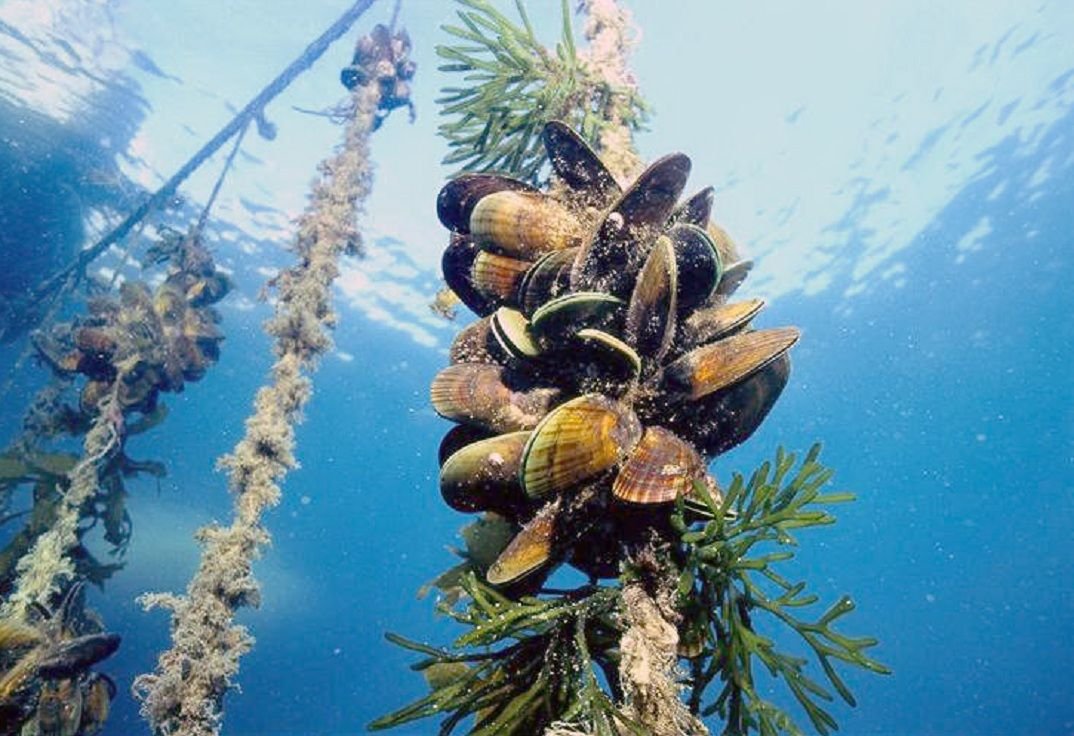 Farming multiple species together is known as integrated multitrophic aquaculture (IMTA), or polyculture, and has roots traced back to ancient China. By cultivating complimentary species, excess waste is reduced and many different types of seafood is produced. Polyculture is applicable in all farm settings (offshore, coast, and even land) and has been shown to remove up to 60% of excess nutrients like phosphorus and nitrogen. When used in land-based systems, polyculture can be more effective than man-made filtering systems and completely eliminates ammonia from the system. Read more on the benefits of polyculture here. With research occurring in Asia, Canada, Israel, Canada, Scandinavia, and the UK, polyculture shows promise for a commercial sized scale of operation in the future.

1) Stephen Cross, environmental researcher based at the University of Victoria in British Columbia has demonstrated the sustainability of polyculture through Pacific SEA-Lab by farming black cod, shellfish (oysters, mussels, and scallops), and kelp in one system. Cross only has to feed the black cod and the system does the rest. The shellfish are filter feeders and are able to subsist on waste produced by the fish nearby. The kelp acts as a filtration system as well, cycling remaining nutrients before it too is harvested for both food and biofuel. Cross has even placed sea cucumbers below this system to clean up an excess water not filtered by the shellfish or kelp. “We’re going quality, diversity, and sustainability,” says Cross as he describes his project.

2) While IMTA is not quite up to commercial scale yet, Israel gives a glimpse into the future of what this might look like. In the south of Israel, near Eilat, a small farm  starting from the National Center for Mariculture cultures fish, bivalves, shrimp, and microalgae. The microalgae and bivalves filter waster from the growing seabass that is collected in sediment ponds. Shrimp, fish, and bivalves are able to be sold to consumers."